Advertise or Host a Radio Stream or Link from Only R20 per month!

Promote or Host your Radio Station Stream on the website domain that corresponds with your FM Frequency! Over 230 websites from 87.0FM.co.za to 107.9FM.co.za. See our Advertising Rate Card Here

Send "Home" or "Car" or "Life" or "Funeral" or "MVA" and your Full Name, Age and Cell No. to: [email protected] or just go to www.MedSure.co.za, fill in the relevant form and we'll call you. 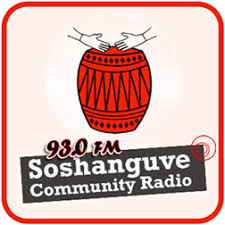 Soshanguve Community Radio is situated at Shop No:45 NAFCOC shopping centre in Block F(west) next to Giant Stadium. Soshanguve Community Radio idea was started by a community organisation called Soshanguve Residents Association(SOREA) in 1993 which then saw the radio station going on air for the first time in 1996 after it was granted a broadcast licence by Independent Communication Authority of South Africa(ICASA) which by then was known as Independent Broadcasting Authority(IBA).

Throughout the years the radio station went through several changes from 12 hours broadcast,18 hours to the recent 24 hours which was initiated by the new management which took office from June 2012 to date.

Looking for Things to do or need a Room, Hostel or Hotel or Car Hire?

To advertise on our network of websites or discuss how you can use it to promote your business or radio, please Contact Us here.

Get a Free Insurance Quotation Here:

Type your name and cell no. here: